At the very heart of Kyiv, near Zoloti Vorota (the Golden Gates), a disturbingly large number of magnificent old houses are standing vacant and crumbling. Partly this is due to greed and speculation on the part of private owners, and partly due to lack of cash on the part of the state.

Developers prefer cheap and ugly Greenfield construction to expensive and laborious historical renovation. And the lack of a property tax means that owners can hang on to properties and leave them empty, with no incentive to sell.

One of Kyiv’s most architecturally unique buildings is empty and decaying and likely to stay that way. The “Knight’s House” at Yaroslaviv Val 1, a phantasmagoria of mediaeval motifs including a castle tower and gargoyles – has been vacant for almost 10 years since its former communal apartments were dissolved and the building privatized.

“This is a gem of Kyiv’s architecture,” explains art historian and conservationist Natalia Musiyenko. “It was originally a luxury apartment block with splendid interiors, built at the end of the 19th century by Nikolai Dobachevsky, but it is suffering from criminal neglect.”

«“Greed on the part of private owners is definitely one of the reasons houses are standing empty.”

“The owner wants $10 million,” says sales agent Tanya Plameniuk, “but the price is simply not realistic. We have been trying to sell the house now for a year, but the owner, a private individual, won’t go any lower.”

Plameniuk said the house, a protected building, for all its crumbling façade and plants sprouting on the roof, was being heated in the winter and remained structurally in a good state of repair.

“Greed on the part of private owners is definitely one of the reasons houses are standing empty,” says British real estate entrepreneur Terry Pickard, whose company NAI Pickard has been based just down the road from Zoloti Vorota on historical Prorizna Street since the early 1990s.

Also at Zoloti Vorota, at the corner of Prorizna / Volodymyrska, four old tenement houses are standing empty. Pickard says he enquired about purchasing the properties in 2007.

“The owner, a private individual, was wanting $7,000 per square meter,” Pickard said. “That was way over the market rate. I was willing to pay $2,000-3,000. They have been waiting a long time to sell, and I think they are going to be waiting a lot longer.”
NAI Pickard research indicates that many owners of prominent buildings in the centre of Kyiv could wait for prices to reach $10,000 per square meter before selling up. According to Ihor Shevliakov, analyst at Kyiv’s International Centre of Policy Studies, owners are in no hurry to sell because Ukraine lacks any property tax to punish owners holding on to empty properties. “A property tax could restructure ownership of property and increase turnover,” said Shevliakov.

“Owners would wait until the tax reached a sufficient level, then they would all rush to sell, and prices would drop.”

Pickard agreed that a property tax, which is common in Europe and the United States, would force owners to do up or sell up, but only if the rate was far higher than currently envisaged by government plans.

“Owners would wait until the tax reached a sufficient level, then they would all rush to sell, and prices would drop,” he said.

But the price paid to acquire such properties is only the tip of the iceberg. Far more investment is subsequently needed to restore decaying houses to commercial use or luxury dwelling space, and this is where investors run screaming into the night.

Further along Volodymyrska, at 34-36, the stately former Praha hotel and its neighbor are empty. “We were originally planning on developing the two buildings ourselves into a hotel,” said Sergei Burya of Vector real estate company, the current owners. “But now we have given up on the idea and are now looking to sell or develop jointly with an investor.”

Burya said Vector, which has owned the building for two or three years, is asking for $5,000 per square meter for the building, valuing the entire premises at around $30 million. But he puts the size of investment needed to subsequently restore the building and open a top-class hotel on the premises at an additional $50-60 million.

This makes the total cost of acquiring and restoring the building to hotel level at $90-100 million. Investment for the planned new five-star Swissotel is put at around $160 million for a completely new 34-storey building and underground parking space, compared with Praha’s seven floors.

According to Serhiy Serhiyenko, managing partner of the global real estate company CB Richard Ellis in Ukraine, restoring an existing historical building is “significantly more expensive” than building a completely new one, for a host of reasons: an elaborate façade that requires extensive manual labor; high floors that minimize floor space available and that may not be altered due to façade preservation; inefficient floor layout; and the need to take apart and rebuild using the original materials.

All this is not only extremely expensive, said Serhiyenko, but also very slow, and deters private investors generally looking for quick turnaround projects.

With the financial crisis having shut off financing for property development, and the window of opportunity to develop and open a new hotel or retail center before Kyiv hosts the Euro 2012 soccer championship, there is little prospect of the situation changing for the better.

“The state conservation budget prioritizes major sites such as Pechersk Lavra or national monuments. And then there is nothing left over for the dozens of state-owned protected buildings throughout the rest of the city.”

But greedy and negligent private owners are only part of the problem. The majority of protected empty buildings are in fact owned either by the city administration or by ministries and institutes. The city and state budgets, however, lack funds for their upkeep.

“The state conservation budget prioritizes major sites such as Pechersk Lavra or national monuments,” says Inna Sovsun, coordinator of the conservationist organization Save Old Kyiv. “And then there is nothing left over for the dozens of state-owned protected buildings throughout the rest of the city.”

But privatization is also no panacea, considering Ukraine’s corrupt bureaucracy.

According to Pickard, the Ministry of Defense has only recently put on the market the famous, but completely ruined Sikorsky family mansion opposite the Radisson Hotel on Yaroslaviv Val 15, a prime location. However, there has been no public announcement of the decision, and it was impossible to obtain confirmation of the fact from the Ministry of Defense, arousing suspicion that a sweetheart deal speculating on the value of the land plot is in the making.


Out with the old

And with so much cost and difficulty associated with restoring old buildings, developers anyway favor cheap modern constructions on any vacant plots of land they can get their hands on. This swallows greenery and destroys the city’s historical face, while leaving old buildings to decay from neglect.

“New pin-point construction [construction on vacant land in the city centre] is the reverse side of crumbling historical buildings.”

Developers often use corrupt channels to get planning permission for green-field sites, according to conservationists.

Thus, in the immediate vicinity of Zoloti Vorota, as historical buildings decay en masse, conservationists are fighting against new construction in public gardens and park land. In early 2010, activists blocked office construction on the garden square on Prorizna Street. Currently they are fighting construction of a luxury apartment block on Honchara Street, on land adjacent to the St. Sofia cathedral, a UNESCO world heritage site.

While swanky but sterile office centers and luxury apartment blocks take over much-needed green spaces, some splendid historical houses are so far gone they may be beyond repair.

The last remaining communal apartments in the crumbling 19th century tenements at 4 Tarasova Street – looking directly onto the swish Hyatt Regency hotel, will be dissolved, and the house torn down in autumn to make way for an office block, according to inhabitants.

At 35-37 Pushkinska, the wrecker’s ball is metaphorically hanging over the huge and derelict 19th Mikhelson apartment houses.

And on 32 Lutheranska, just on the other side of Khreschatyk, the empty early 20th-century, Empire-style apartment house has been badly damaged by a succession of fires.

“Many other owners simply wait for their houses to collapse in order to free the land for new construction.”

Owners usually attribute fires in empty houses to squatters. Conservationists, however, often implicate the owners of arson with the aim of clearing the existing buildings to construct something new.

“When an old house off Andriyivskiy Uviz burned down last year, it took one hour for the fire brigade to arrive, although the nearest station is only 1 kilometer away,” said Arseniy Finberg, head of conservationist society and city tour service Mysterious Kyiv.

“And many other owners simply wait for their houses to collapse in order to free the land for new construction” he added.

Well, Kievans have discussed this paradoxically situation for quite a time. A few years ago, I've been told that unfortunately it is much cheaper to ruin the old nice building and construct a new awful "glass-and-concrete" mass, then renew and then maintain the old architecture.

But... This is not news For the inhabitants of the city. 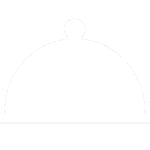